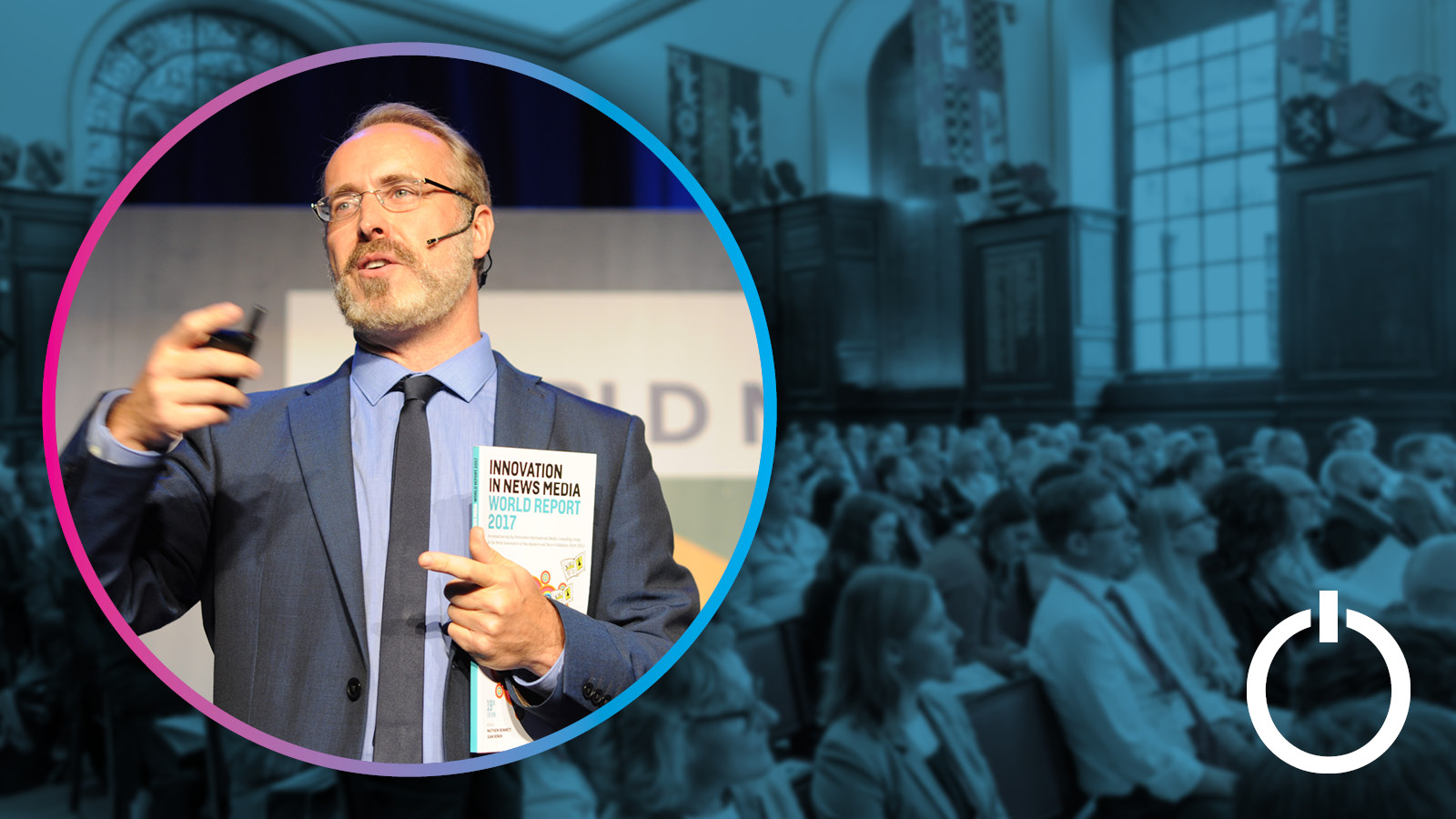 The Newspaper of the Future and the Future of Newspapers; The Challenges for Print and Paper in a Digitally Driven World and why Fake News is Saving Journalism in Print and Online

Juan Señor is the President of INNOVATION Media Consulting Group based in London. He is also a former Visiting Fellow at Oxford University and the official presenter of The Cannes Lions Festival – the Oscars of creative communications.

As a Partner at Innovation, he has directed projects all over the world helping news operations to re-invent their products and stay relevant with shifting audiences. He has worked and advised hundreds of media companies on every continent. He serves on the Advisory Board of several media companies around the world.

He has been listed as one of ‘The World’s Leading Innovators’ in Journalism and Media’ by Journalism UK Site.
Mr Senor is a highly-sought commentator on the media industry, speaking at global forums and quoted frequently in leading publications such as The Economist and The Financial Times.

He is also the co-editor of two annuals books; Innovation in News Media and Innovation in Magazine Media, written on behalf of WAN-IFRA and the FIPP respectively.

He is a former journalist and presenter for PBS’s NewsHour, EBN-Wall Street Journal TV, CNBC Europe. And he served as London correspondent of International Herald Tribune Television. His work has been nominated for an EMMY and his television programme, Media Report, was voted by viewers as Europe’s Best Business Programme. He continues to work as a live events and television host and presenter globally.

In addition to his passion for the media business, he is a campaigner for disabilities via means of fundraising expeditions to the ends of the earth. He has skied unsupported to the North Pole, crossed the Western Sahara, trekked the Amazon and organised the first-ever expedition to the South Pole of a team with physical disabilities.

A Spanish national, he was born and raised in Barcelona and educated in Europe and New York. He is conversant in six languages.